This time the protagonist is the Morgan Aero 8, here represented, in a beautiful green, by Maisto.

I'm a Morganist (although I don't have one... YET!) since I was a kid, even more addicted after the moment I drove a 3-Wheeler (it's already time to do a Ousia, Kyosho!), and that's why this diecast is essential in my collection.

The 1:1 became a cult and "inovative" car for Morgan, since it is the first new Morgan since 1948 and it uses a aluminium chassis and frame as opposed to the traditional aluminium skinned wooden body tub on a steel chassis, so acknowledgeable in Morgan's cars. Equiped with M5 E39's V8, it has a sports car performance, indeed. Although it has a design demarcately classic, demarcately Morgan, its aesthetics is the most controversial point, specially in the front end, given the fact that in the first models that used the New Beetle headlights, it give us a strabismus effect. But I have to say, it's a distinguishable detail and it looks funny...

About the diecast, it's not perfect, we can notice that in plastics mount (lights, interior details), I point to the rasured brake discs (it should be smooth and I never understood this option) and it has a poor detailed engine bay. However, mold is pratically perfect, the OZ Chrono are well represented, with their stickers being right and sharp, we have a detailed brake system and the interior details imitating wood (somthing unavoidable in Morgan) are very interesting. I liked the softtop detail although I would prefer to have an option to alternate between closed and open top... Only at the luggage trunk I found a "non perfect" gap which is noticeable comparing to the other parts. The interior imitating the metalic interior of the 1:1 is on point, but I would prefer to have much less chromes here.

There's no more to say about it except that, for a Maisto, it's a very surprising diecast! 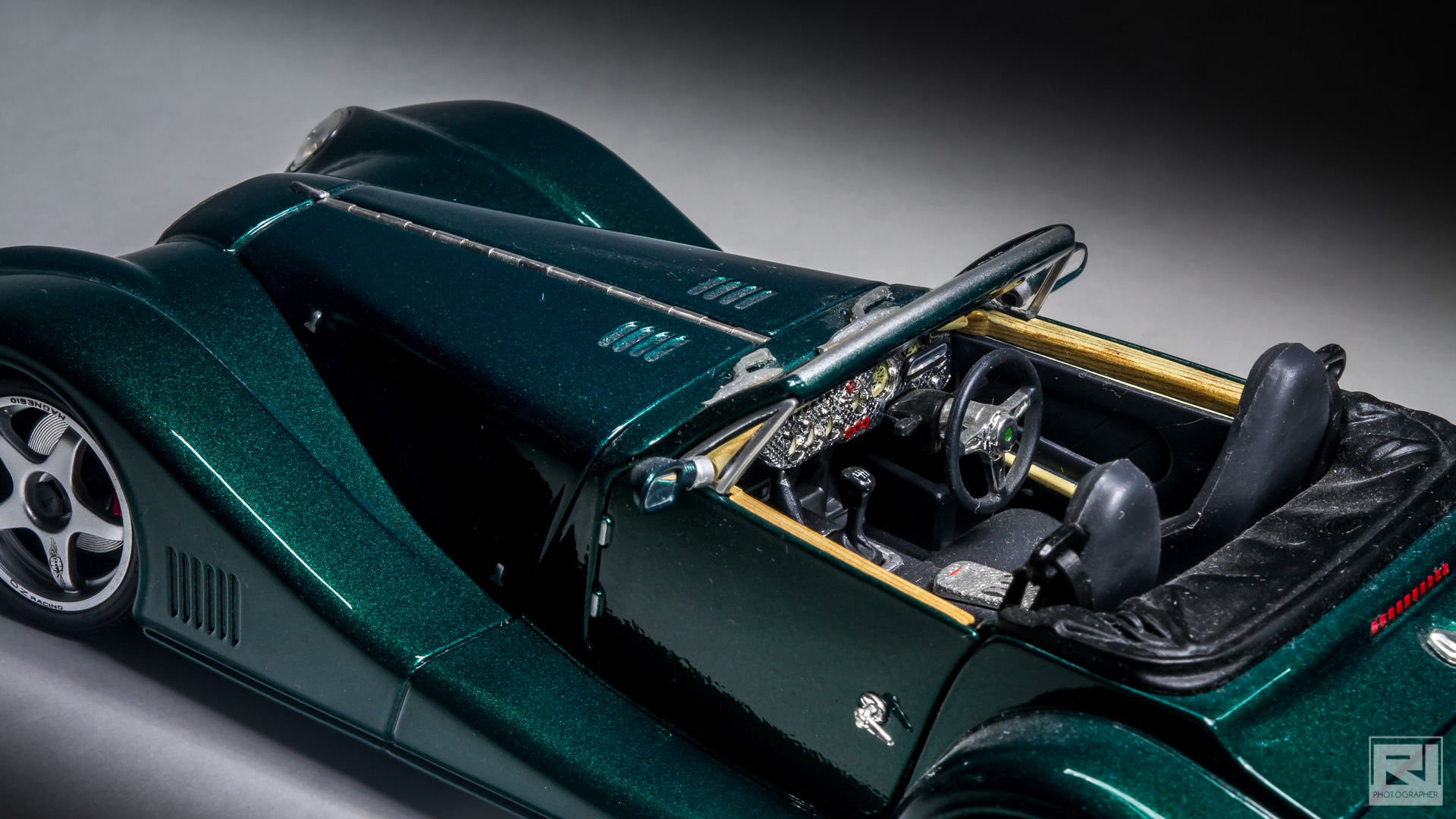 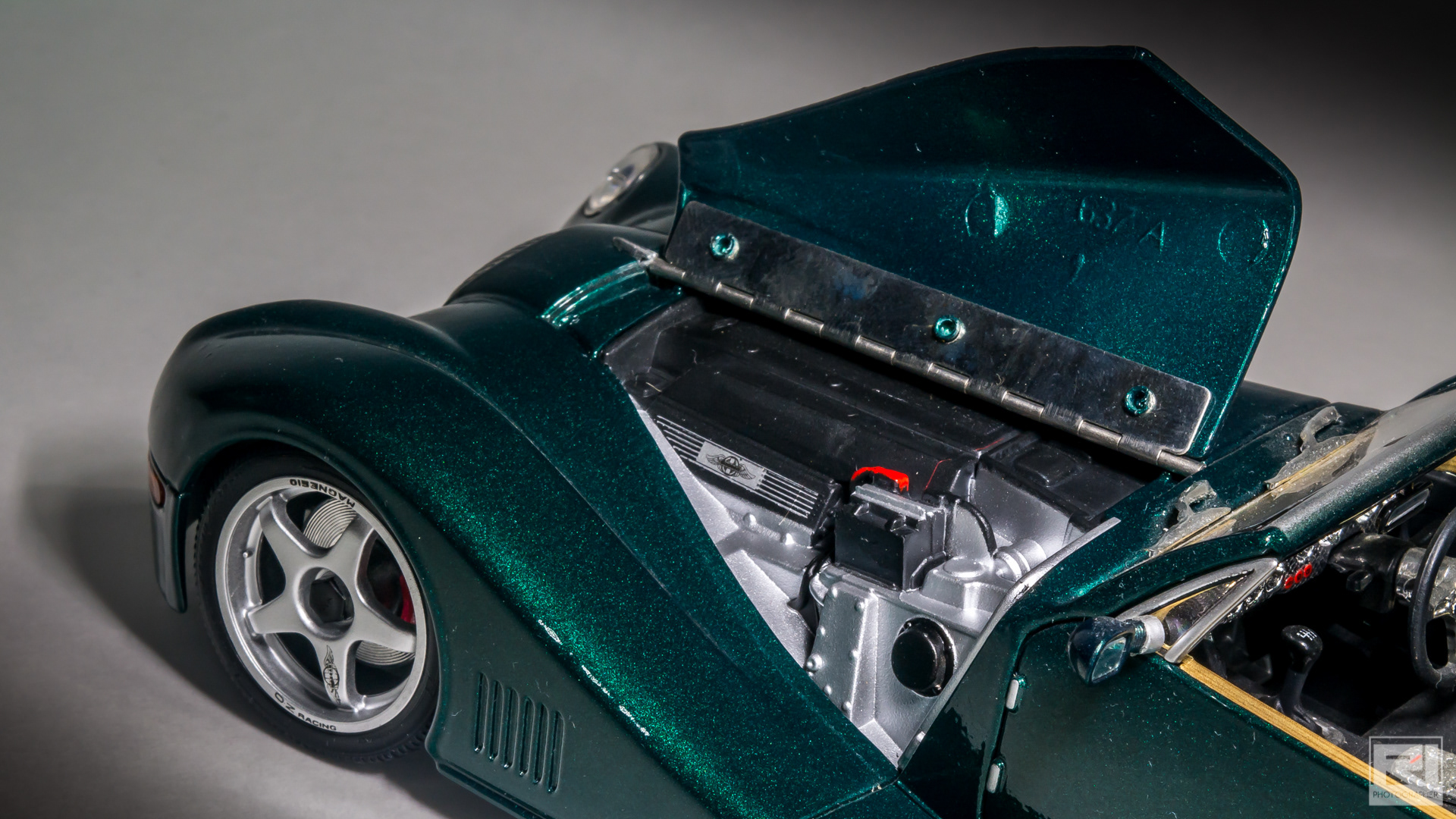 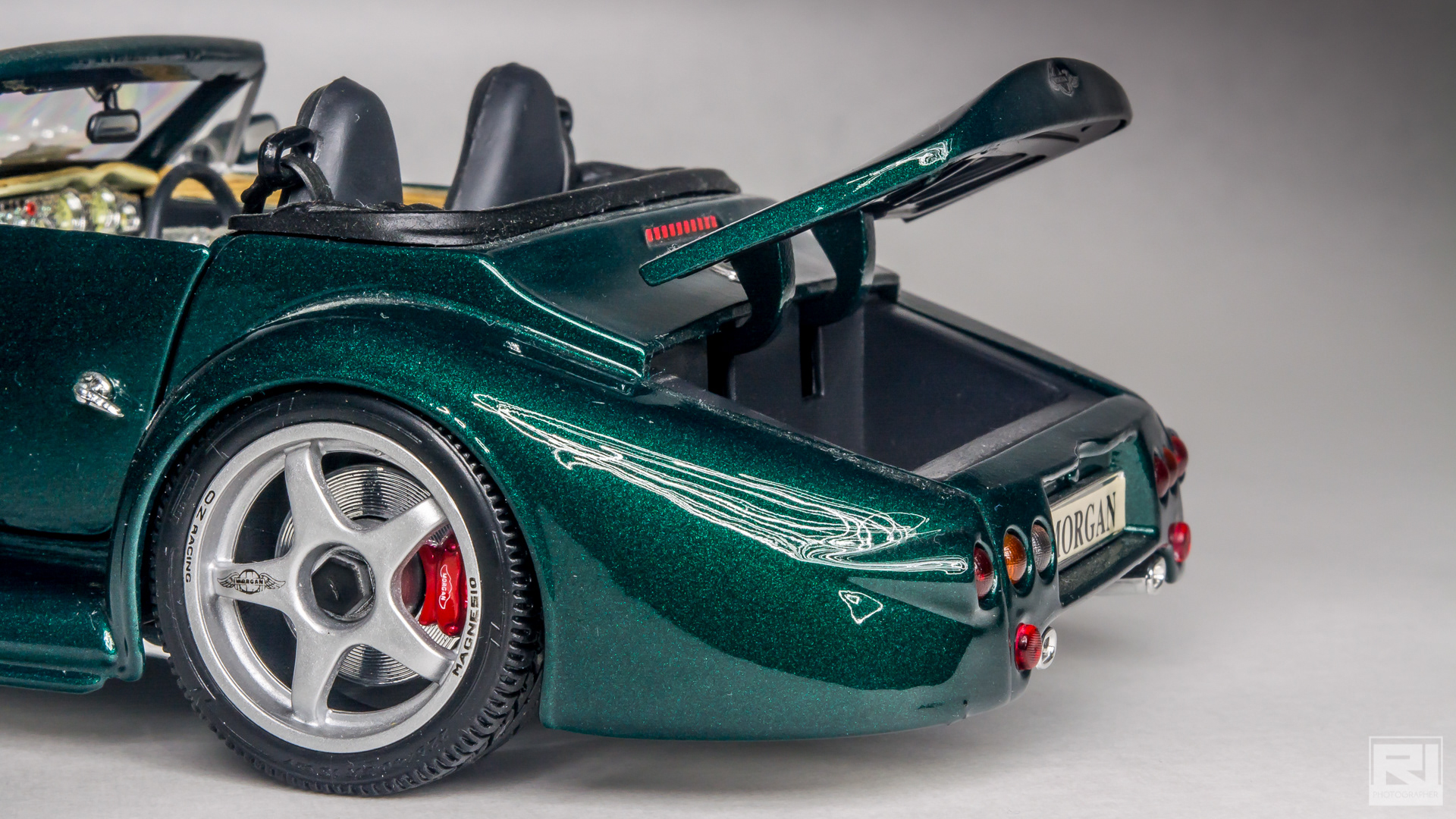 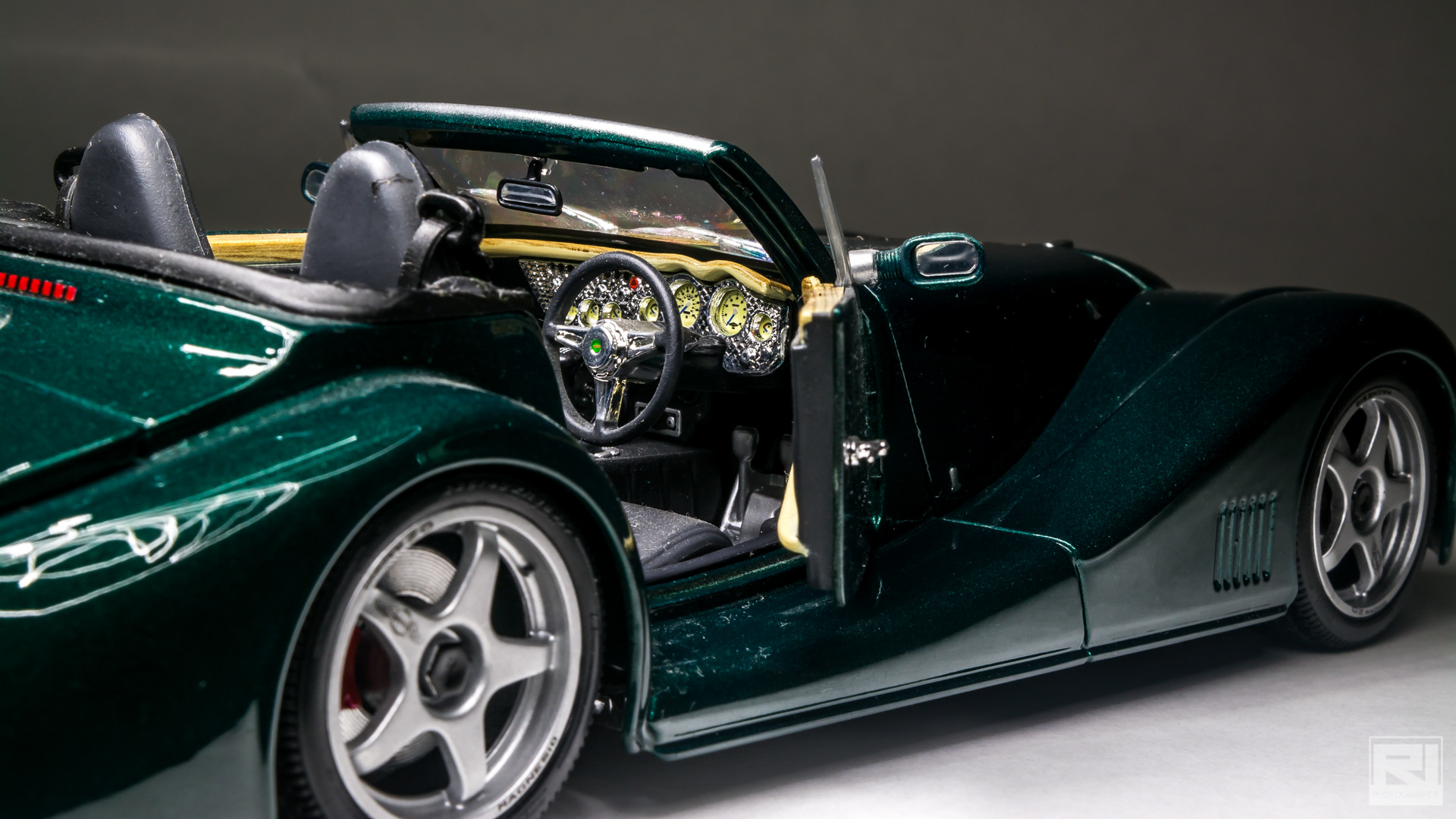 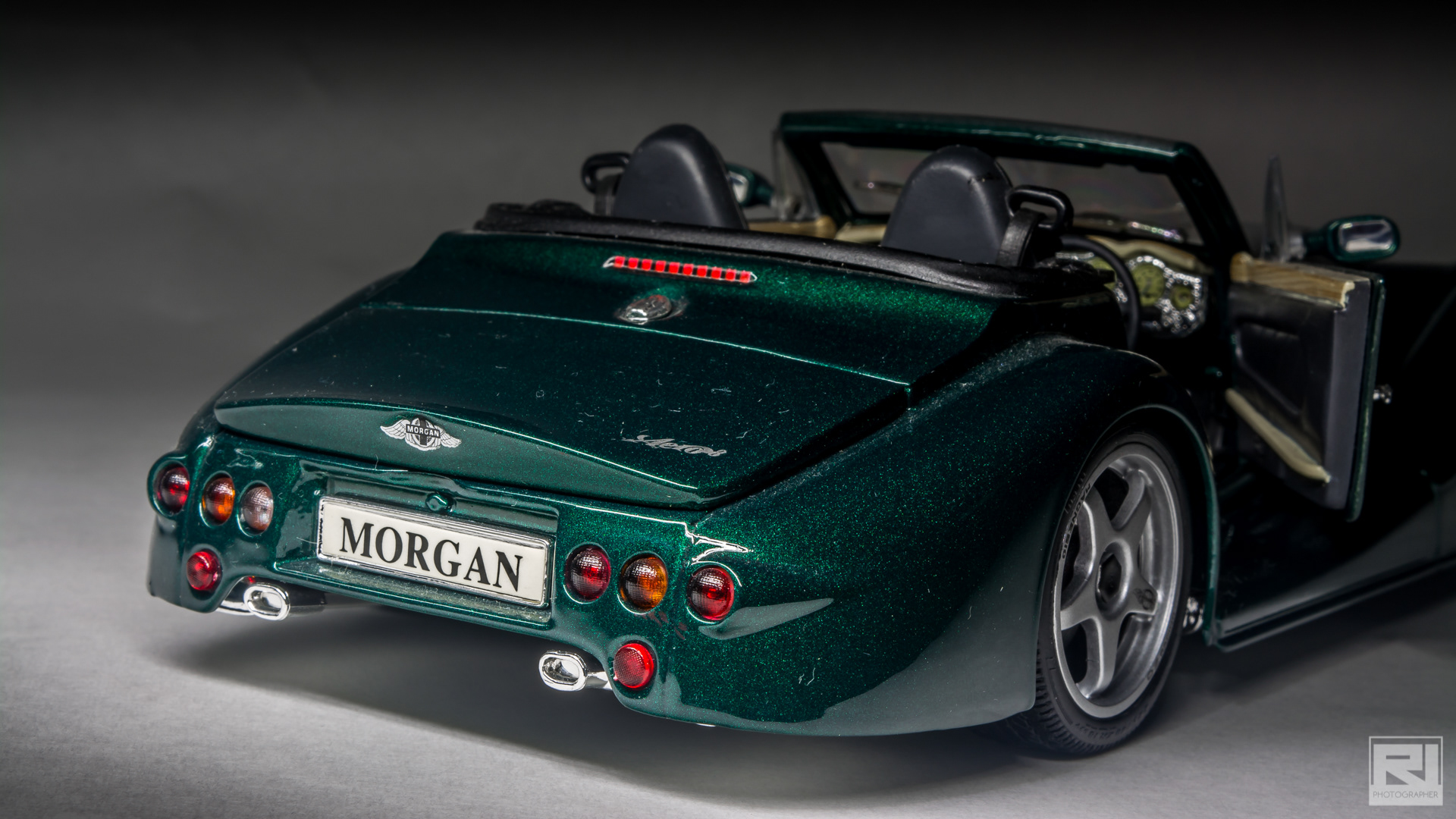 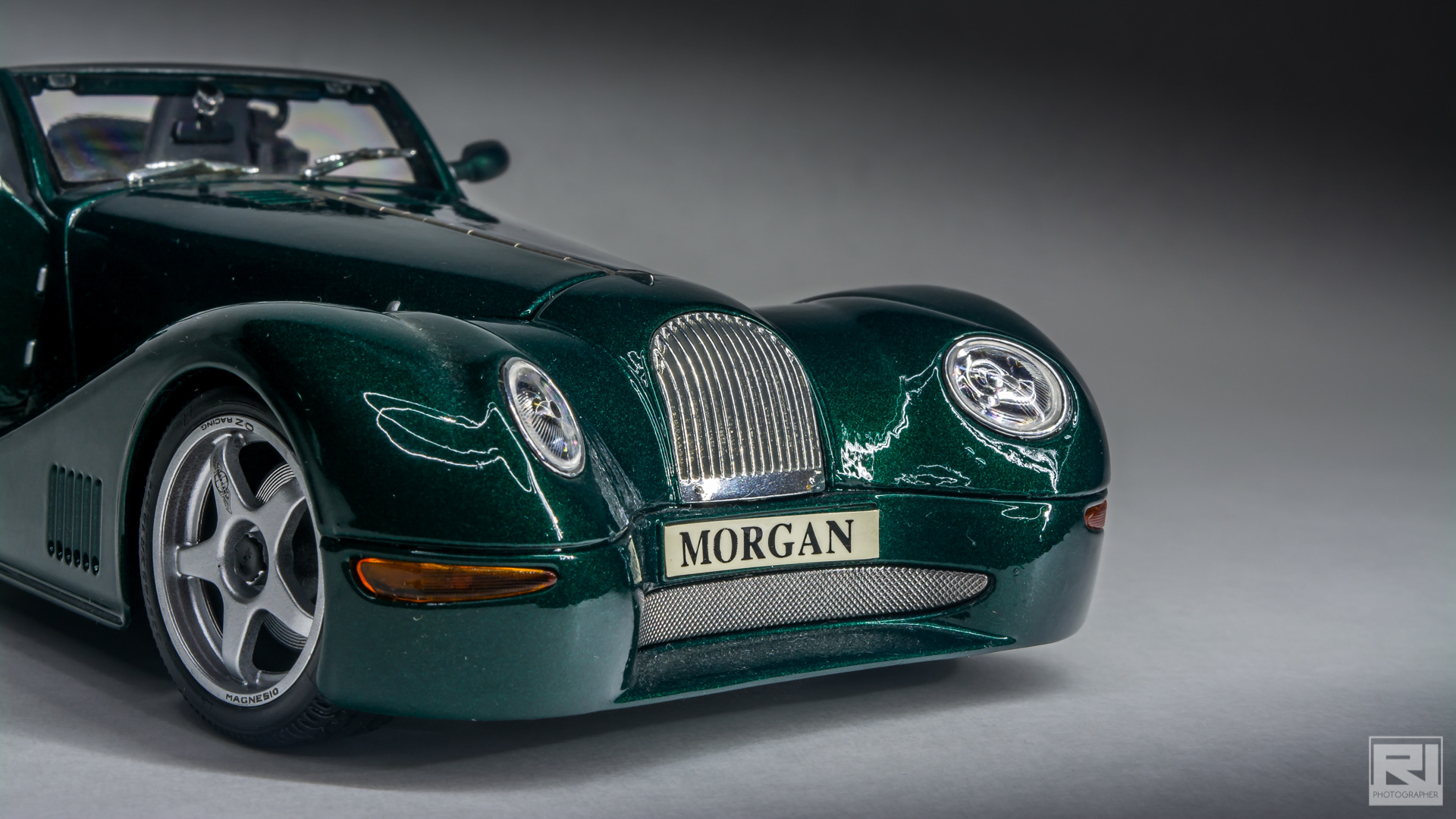