The Mercedes-Benz SLS AMG Roadster. One more of those V8 mad Mercs we can see on the roads (not that often, I reccon) and one more Mercedes that Norev had to do in 1:18 scale. The SLS got all the hype for bringing back the old fashioned Gullwing doors from the old SL model to the modern age and it worked pretty well.

About the diecast, it was a bang to the buck since I took a great discount that made me spend only about 25€. It's a heavy diecast, having a perfect mold and almost flawless. I just would like the wheels had better mounting and turning angle, but that's the only bad thing I can say. About the details there aren't much things to point, almost perfect, but too bad all grilles aren't perfurated, still not as bad as the Minichamp's version, though. There's also a button beneath the front bumper that pops up the bonnet so we can open it easily.
This diecast came in a nice package that brought a small Phillips screwdriver, a glove so we can hold the miniature without leaving a fingerprint (although it transfers the sweat through the tissue), and the soft top to mount (too bad it doesn't stay fixed to SLS).
And that's it, another reasonable priced diecast for any diecasts enthusiast. 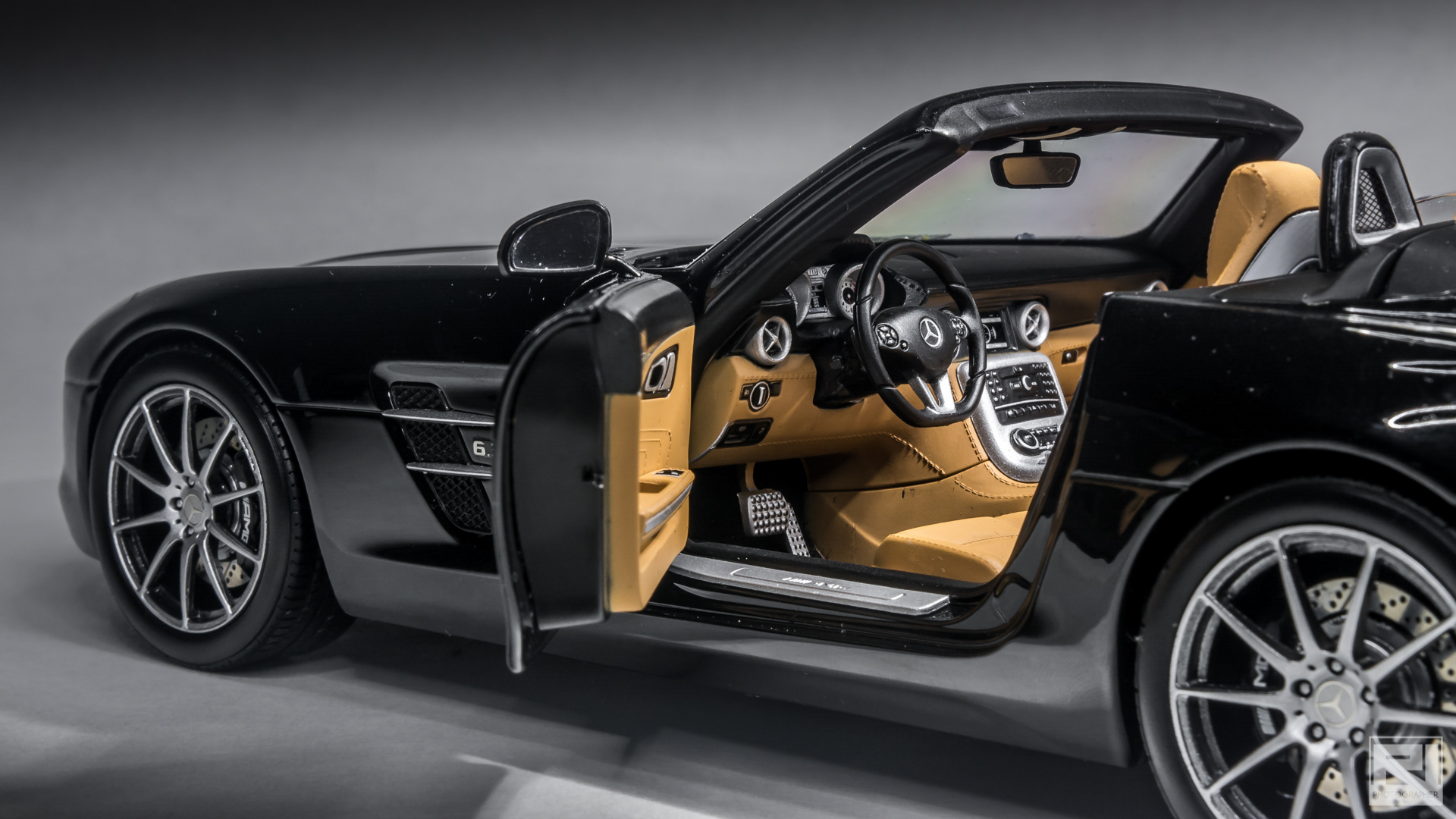 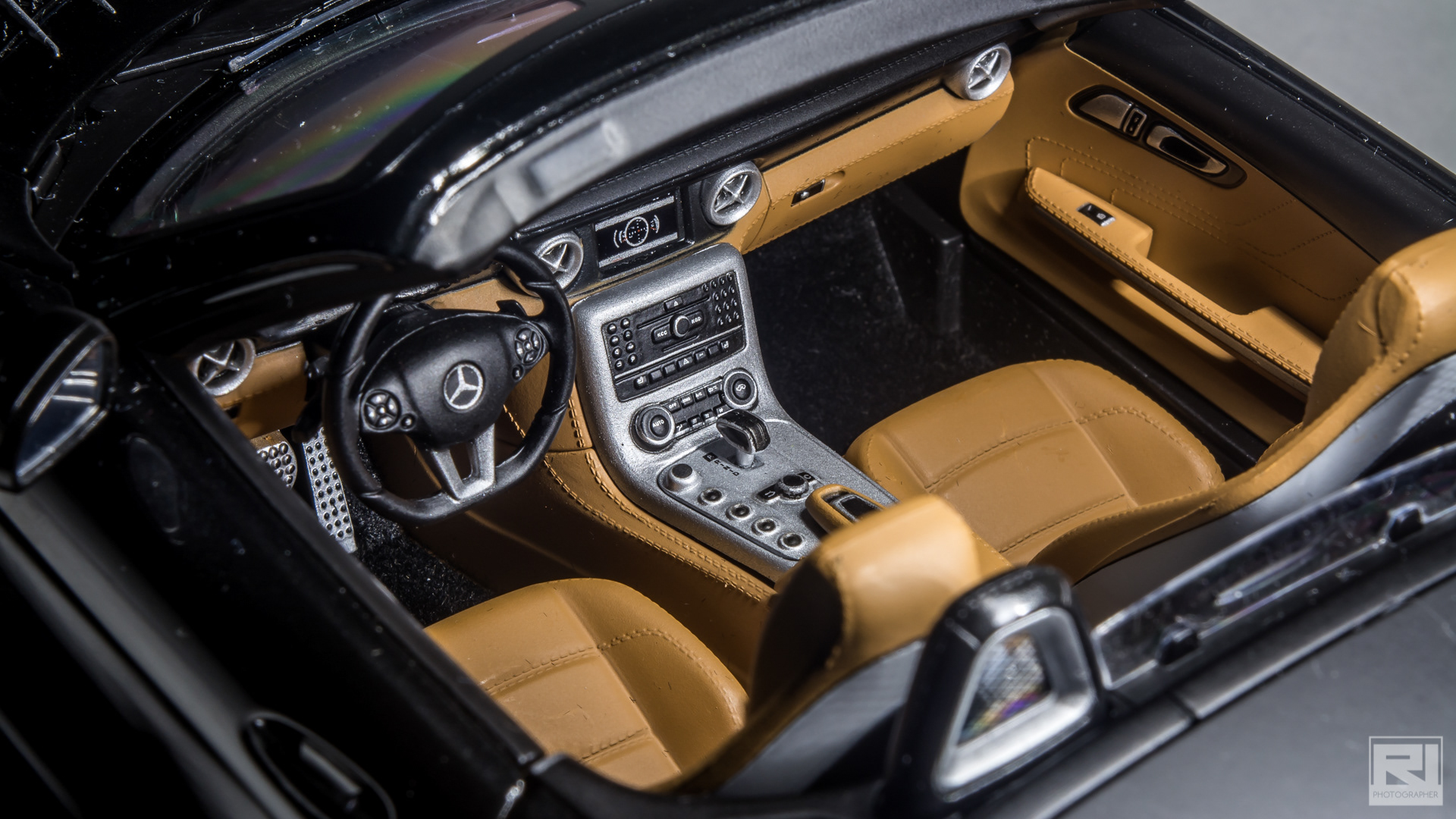 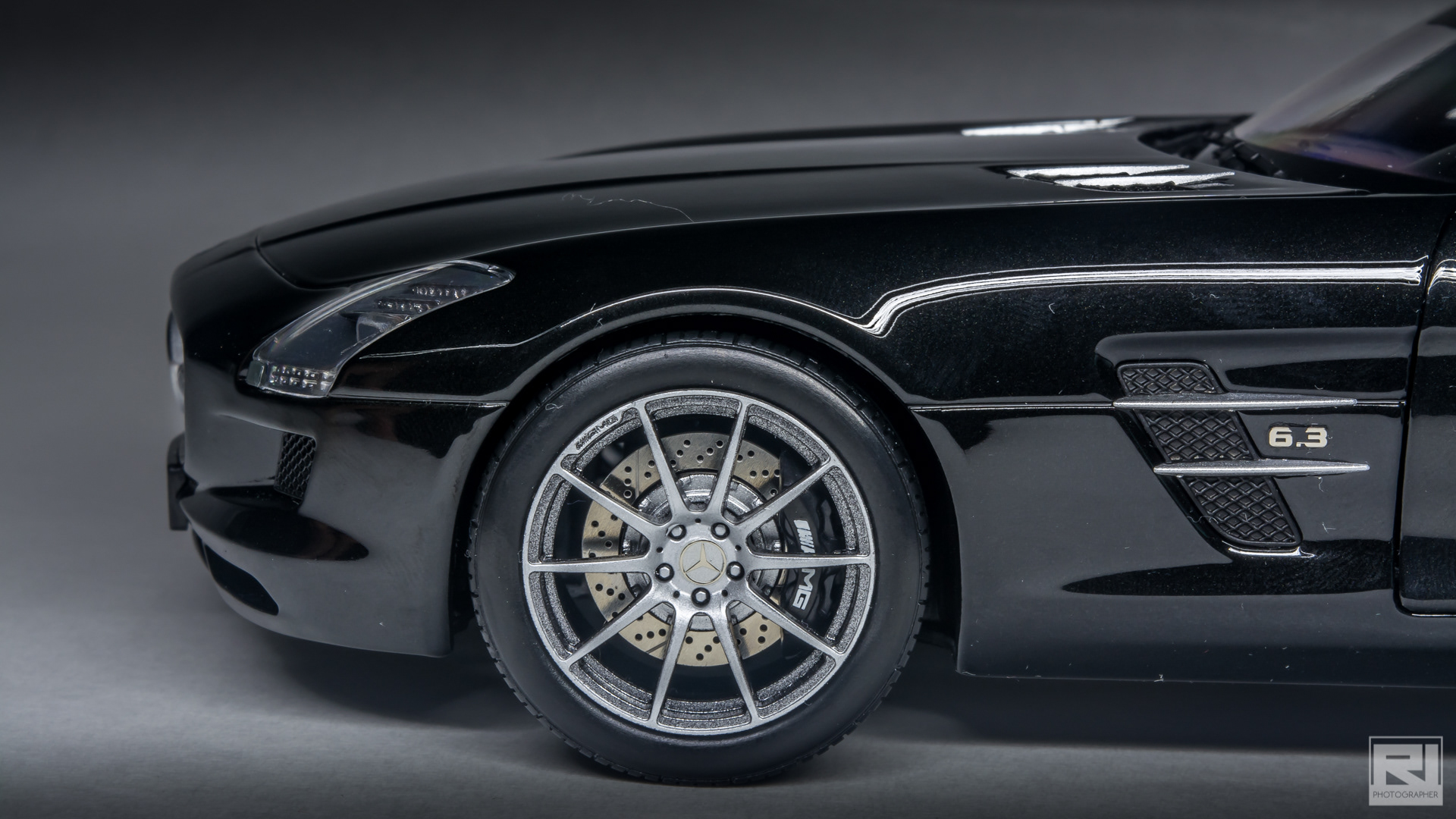 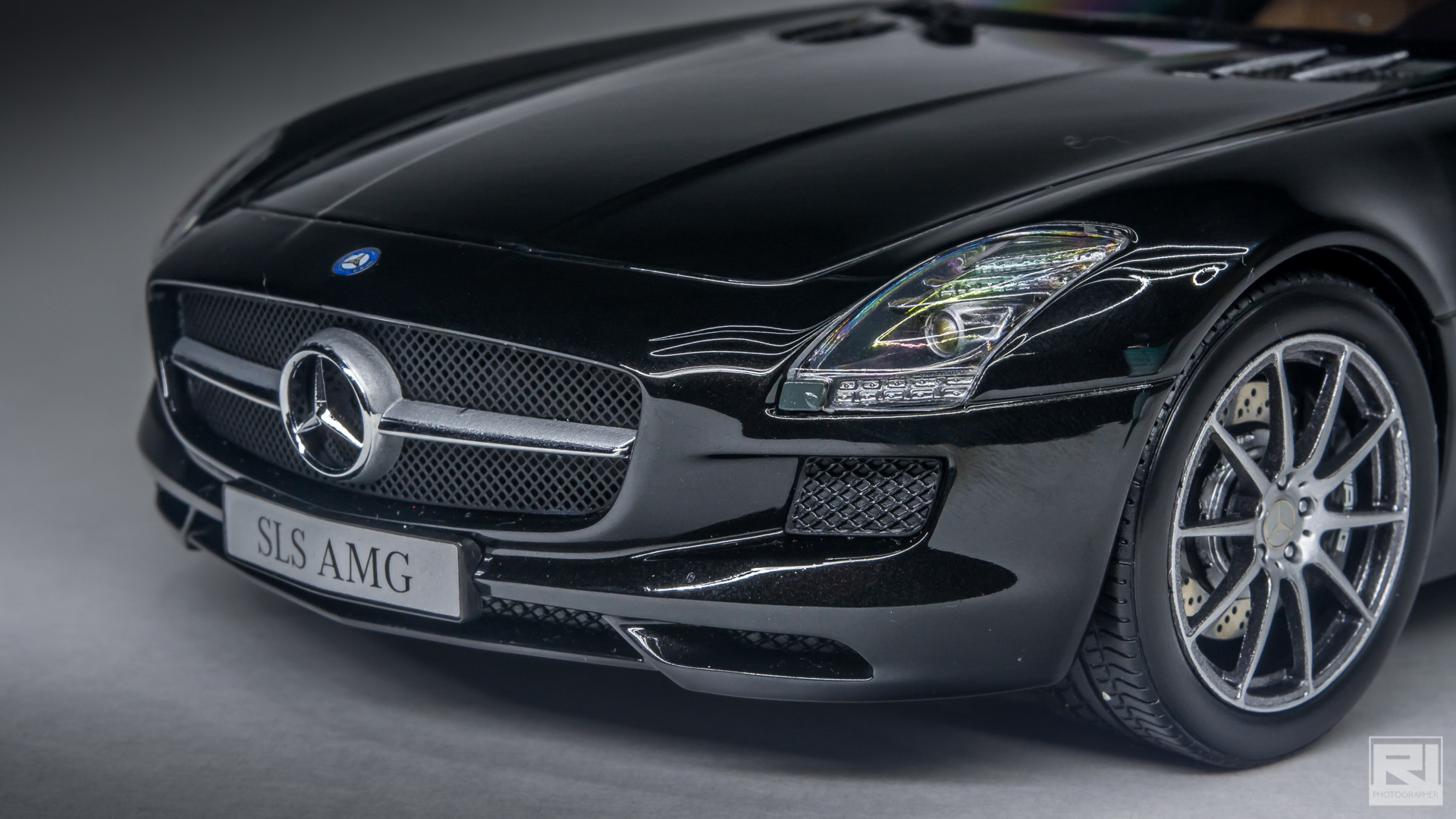