It was supposed to be a normal tuesday, like any other. Get up early, going to classes and end the day like that... But no.

This day was far of the end. After a few hours of study, I took my car and went to Setúbal, where I would meet my college pal, Ricardo, who's also a car addicted. He's so addicted he even has a well known car by the enthusiasts, for many an icon, specially when the matter is mods and tuning and JDM culture, the Toyota Corolla AE86.

Ricardo's AE86 isn't deeply modded in aesthetics because, and that's why I respect him a lot, he prefers to solve some eventual issues that appear sometimes, after all, age can't forgive that easily, right? However, iron will has its advantages, as you see there are some details uncommon to a regular AE86. The Rota Grid V, on point for me, and the TRD trunk with the integrated spoiler which turned the rear end in something more agressive and agressive. But let's stop talking about the aesthetics, at this time Ricardo was waiting for me so we could have a ride to a very special place, for him and for every car addicted that lives near it, the Serra da Arrábida. 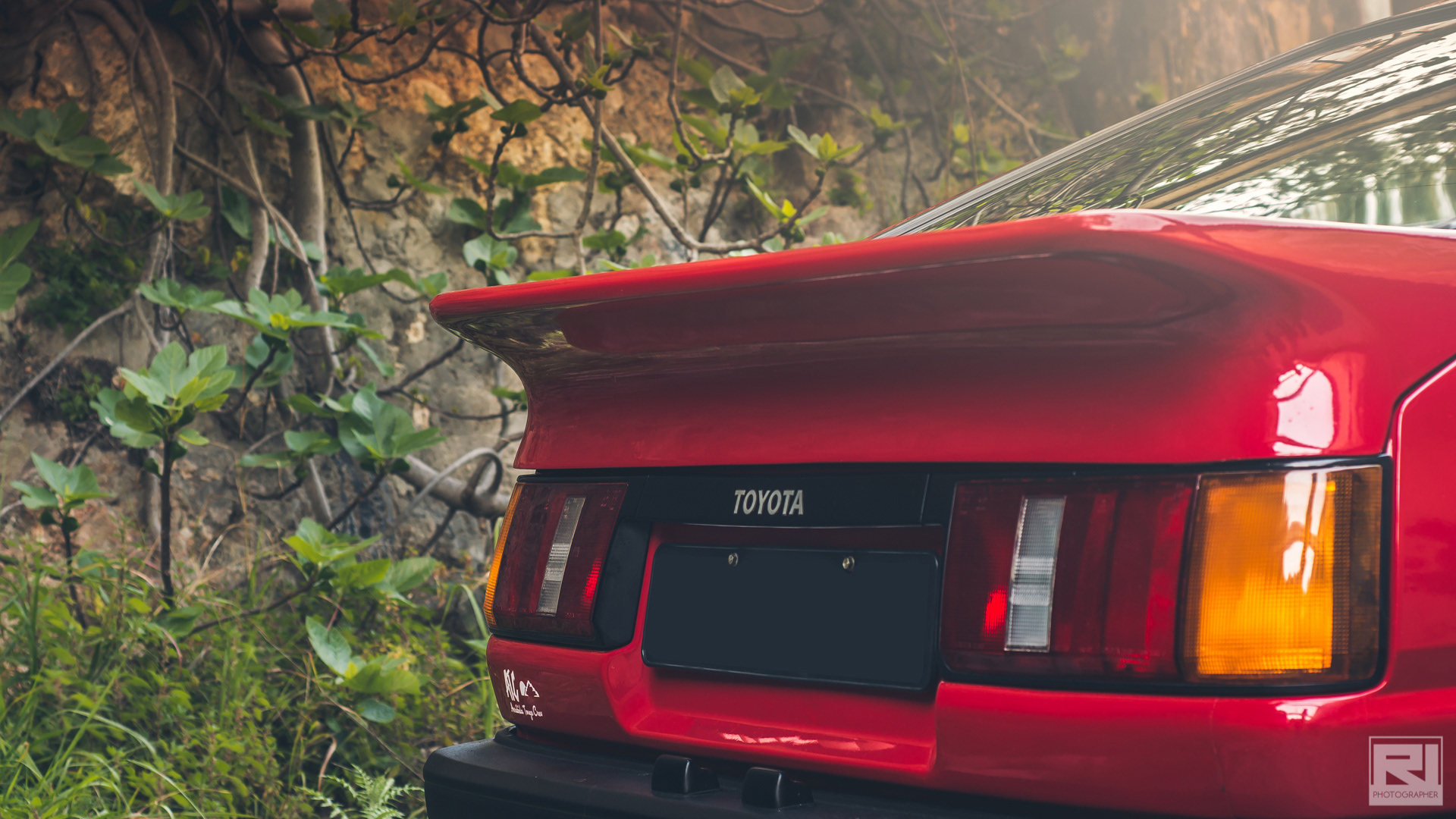 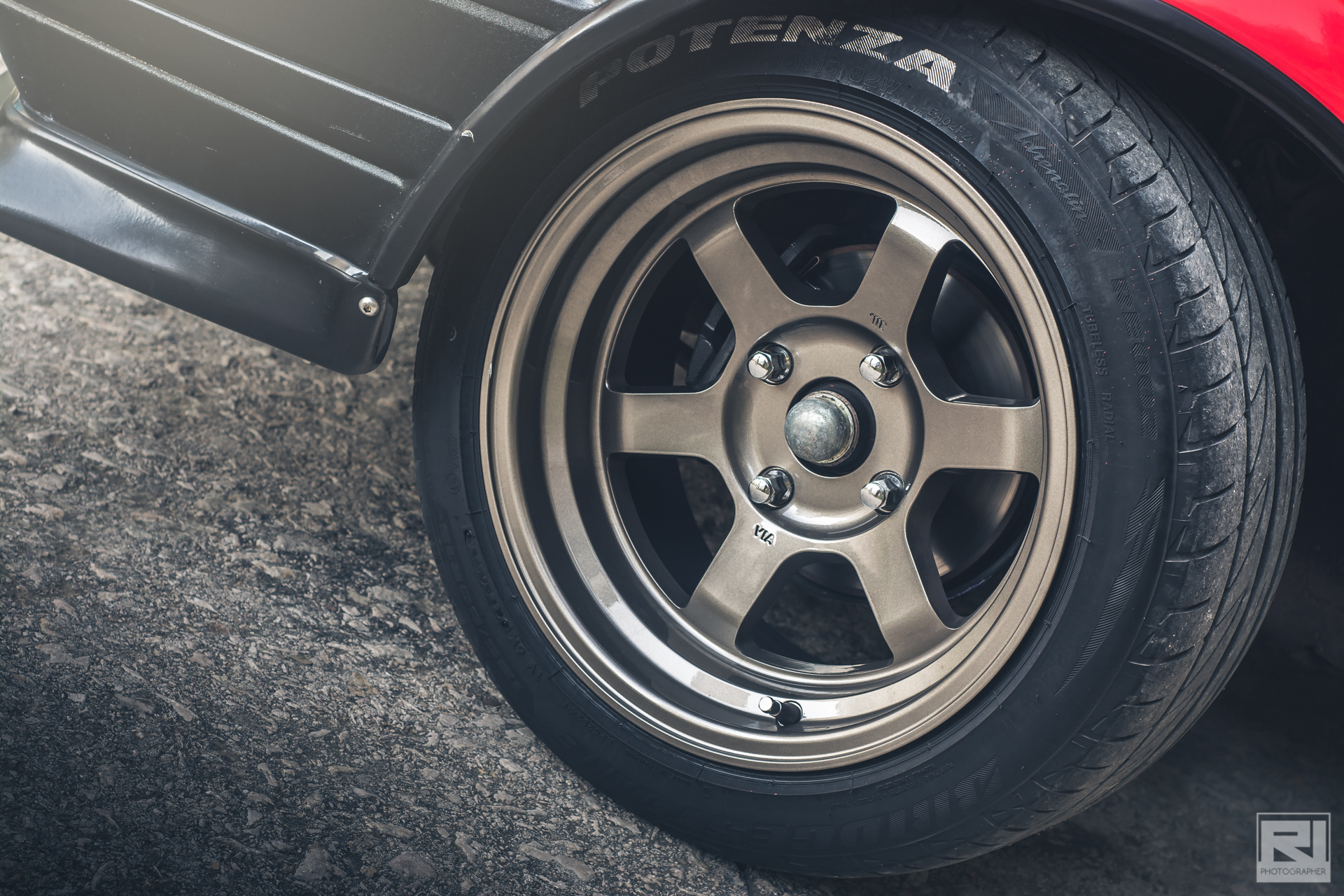 Key in the hole, he turned the engine on and the first thing I noticed was the vigorous sound but Ricardo assured me it was like factory stock, and with a perfect iddle. After all, it's me who's not used to a good oldschool. The sound was given due to a new line, that was replaced after the bad state of the old one, and at the end of the line, a Magnaflow's muffler. Bibs, where are them?... Ok, I hanged it on and we followed our way.

Leaving Av. Luísa Todi and entering Serra da Arrábida I noticed that Hachi's suspension (that's how he call the AE86) looks stiff, without being uncomfortable... You basterd, it has a modified suspension and you said nothing! After some turns, we went right, the purpose was to get to Sétima Bataria do Outão and... Suddenly, we were going on the uphill with the TOUGE mode engaged! I even though that the radio was passing "Running in the 90's", but I looked and it and it wasn't there, then, I looked at Ricardo: "C'mon, you know how it is!...", yes I knew, know and will know! It's impossible to not going a bit fast in this road, specially when we have the cocktail of emotions this AE86 is... Turn after turn, very neutral chassis and, I would bet that if we had a glass of water somewhere inside the car, it wouldn't spill out, but that would be a bit cliché... Or not! Then I noticed we passed by the entry point of Bataria, Ricardo wanted some more action and I, of course, didn't denied, after all, it was being funny. We calmed down and went back.

I asked Ricardo to move the car to the spot so I could take some pics. Bataria's spot gives a mixed feeling, since it dazzles us because of its past and building but that feeling brings sadness too because this touristic spot should be restored, it has an amazing view to Tróia, Setúbal's bay and the remaining Arrábida. Dear potential investors, GO ON! A car related coffee bar would make some success! Oh well... 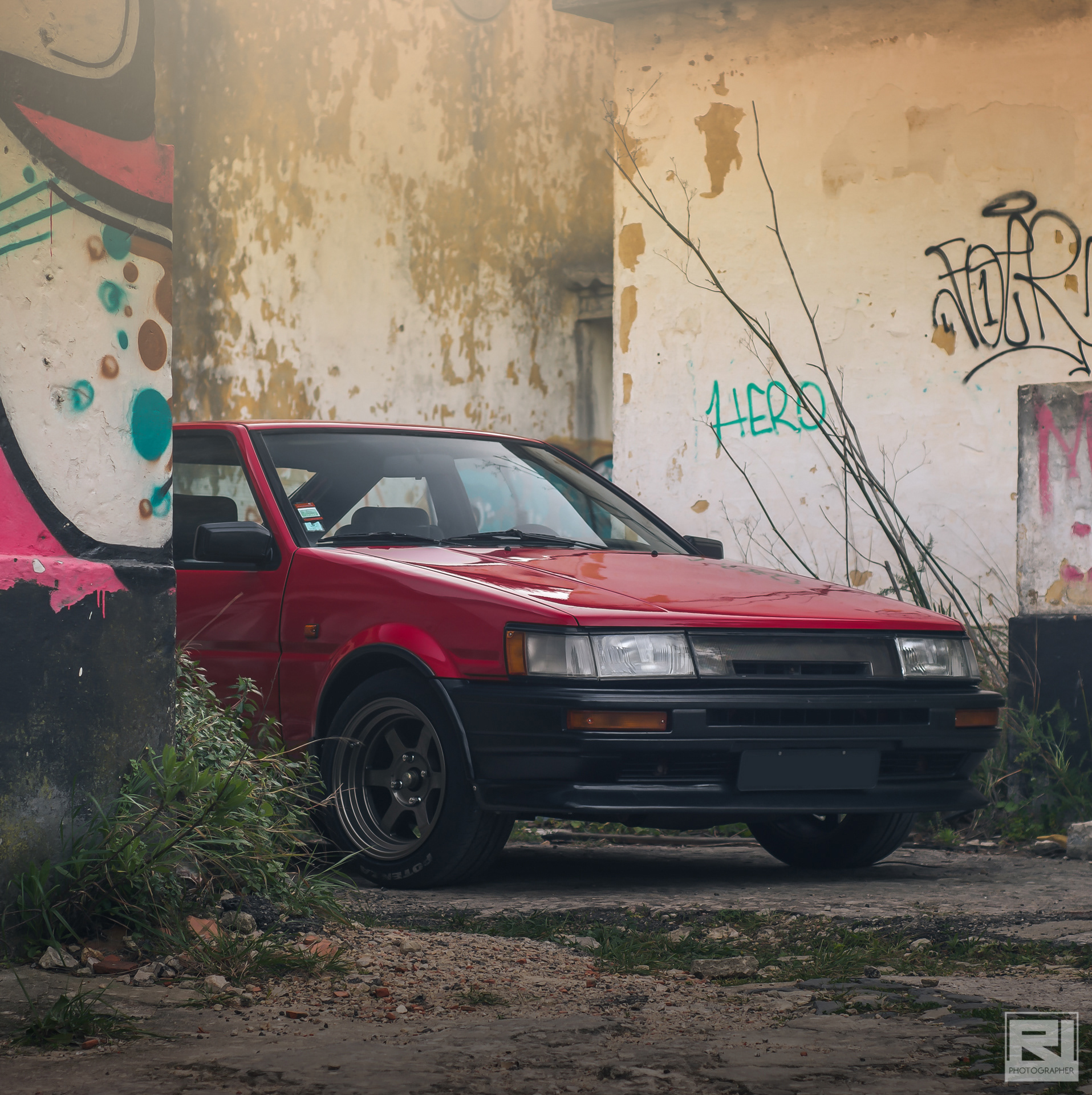 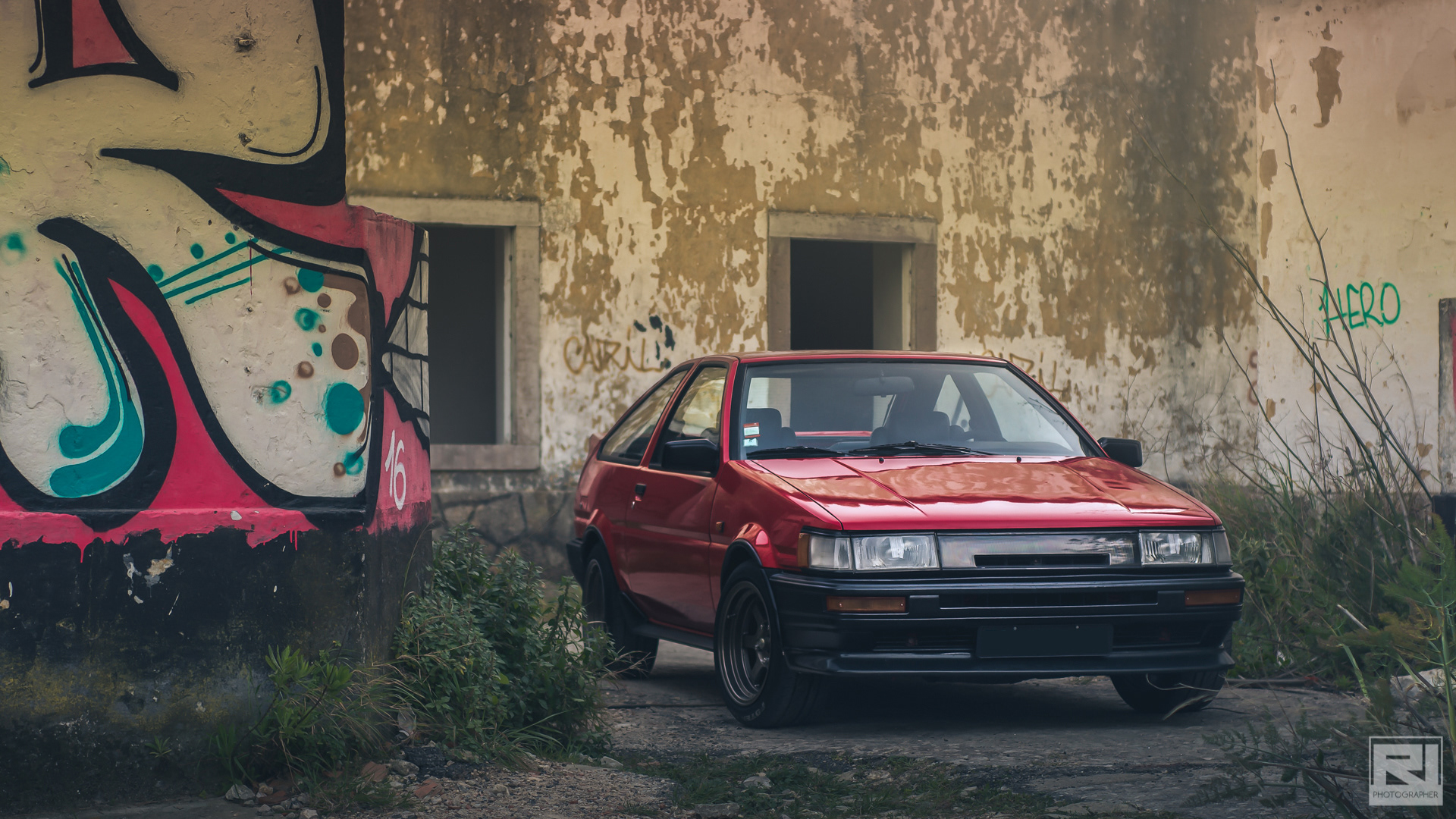 Finished the session, we decided to go down to the canons area, sunset was near and, with that view, it's something we can't lose. I took advantage of the last sun rays to shoot some pics of the car interior and asked Ricardo to talk about some details I found there. The TRD's knob was offered by his girlfriend who, I bet has a saint's patience, like my loved one, to join us in this hobby we have, right Ricardo? The steering wheel is a must, has a nice grip and it improves the driving position. The seats, perfect. The radio, well, it ran away, after all, who needs music when the exhaust does a beautiful job? The dashboard's light can be regulated through a ring that embraces the night lights' knob, delicious detail. And now, a heavy one... 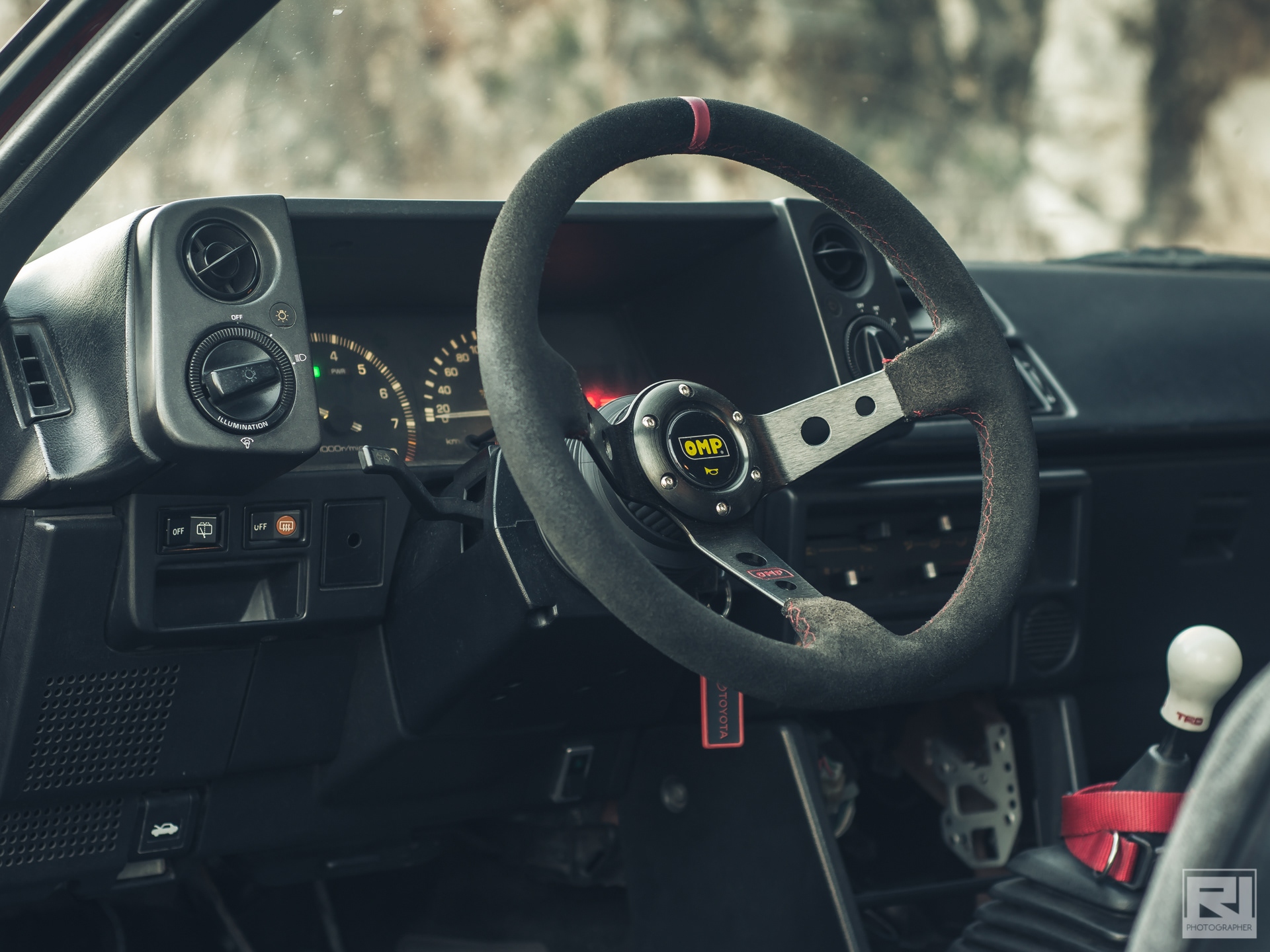 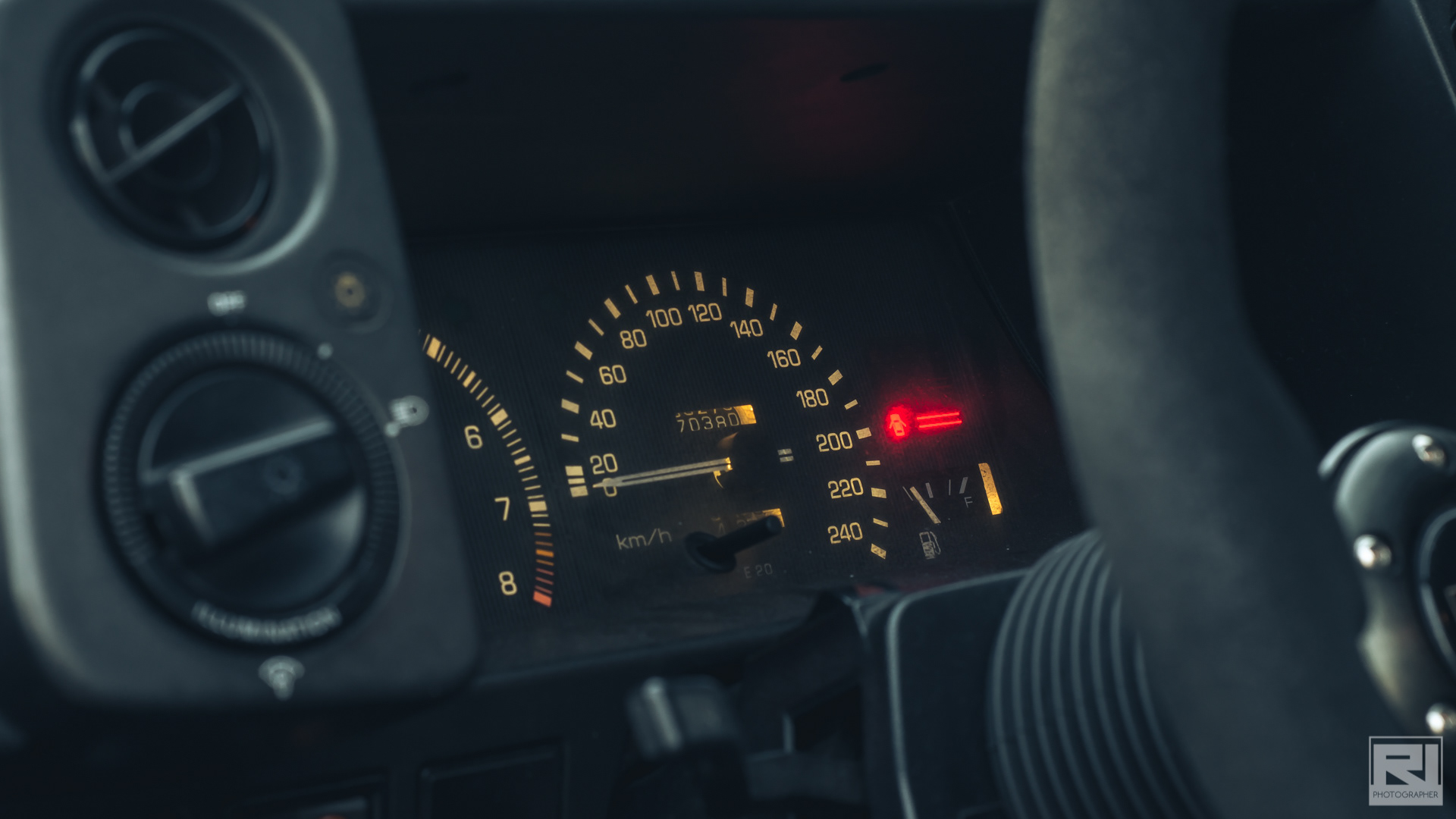 If you already saw the pics, you certainly noticed there is a collar below the gear knob. It's in the small things we keep the greatest meanings, that's a fact. This collar belonged to Ice, who was him, you ask? We can say it was a brother, not in blood or race terms but "soul". This dog accompanied Ricardo during a lot of time and they were inseparable. unfortunately, he died last year and, since then, Ricardo always brings the collar when he drives Hachi, as a sign of respect and for remembering the old days. I wouldn't say it's a sad symbol, but a symbol of strenght, a kind of stress relief, trust and company. 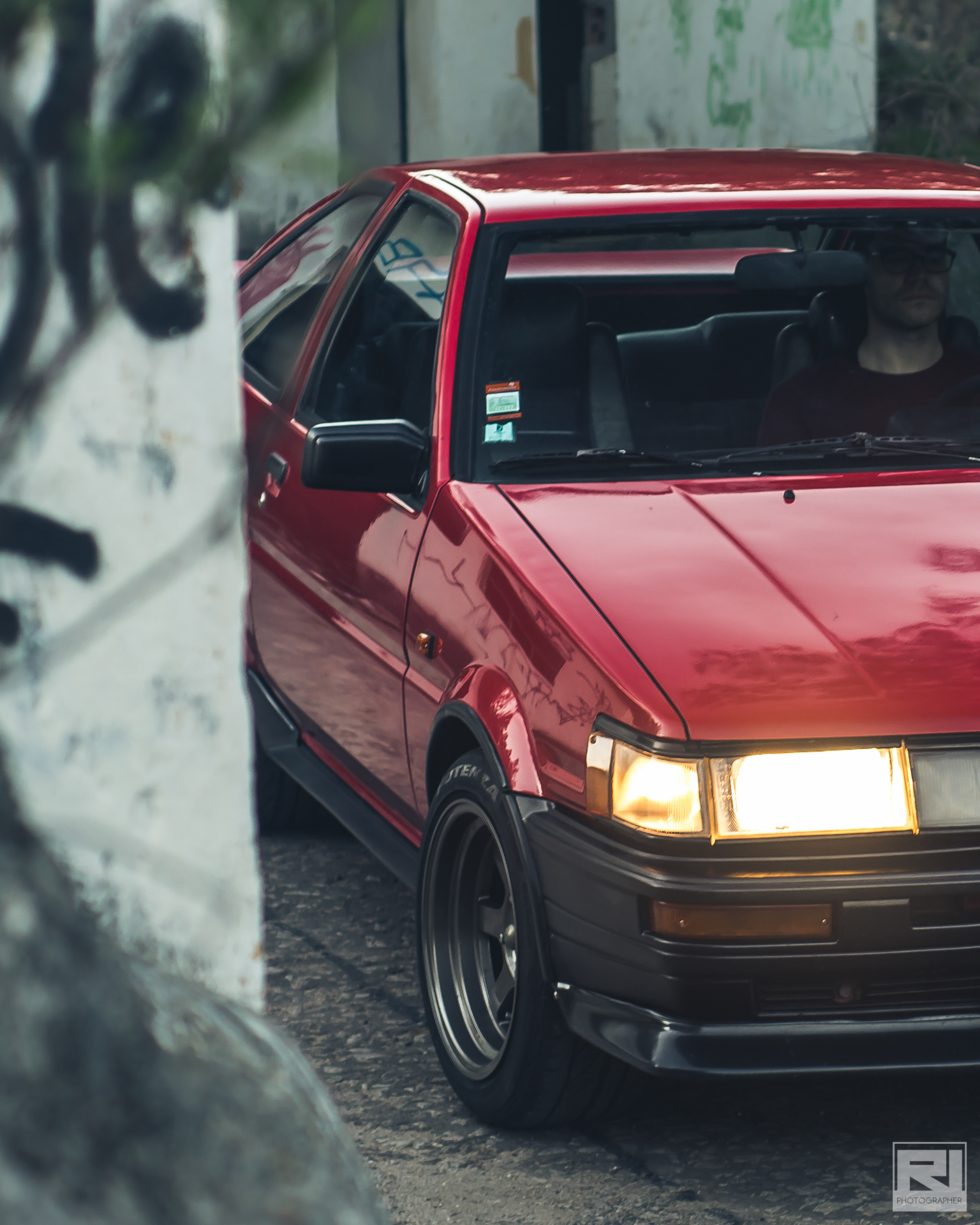 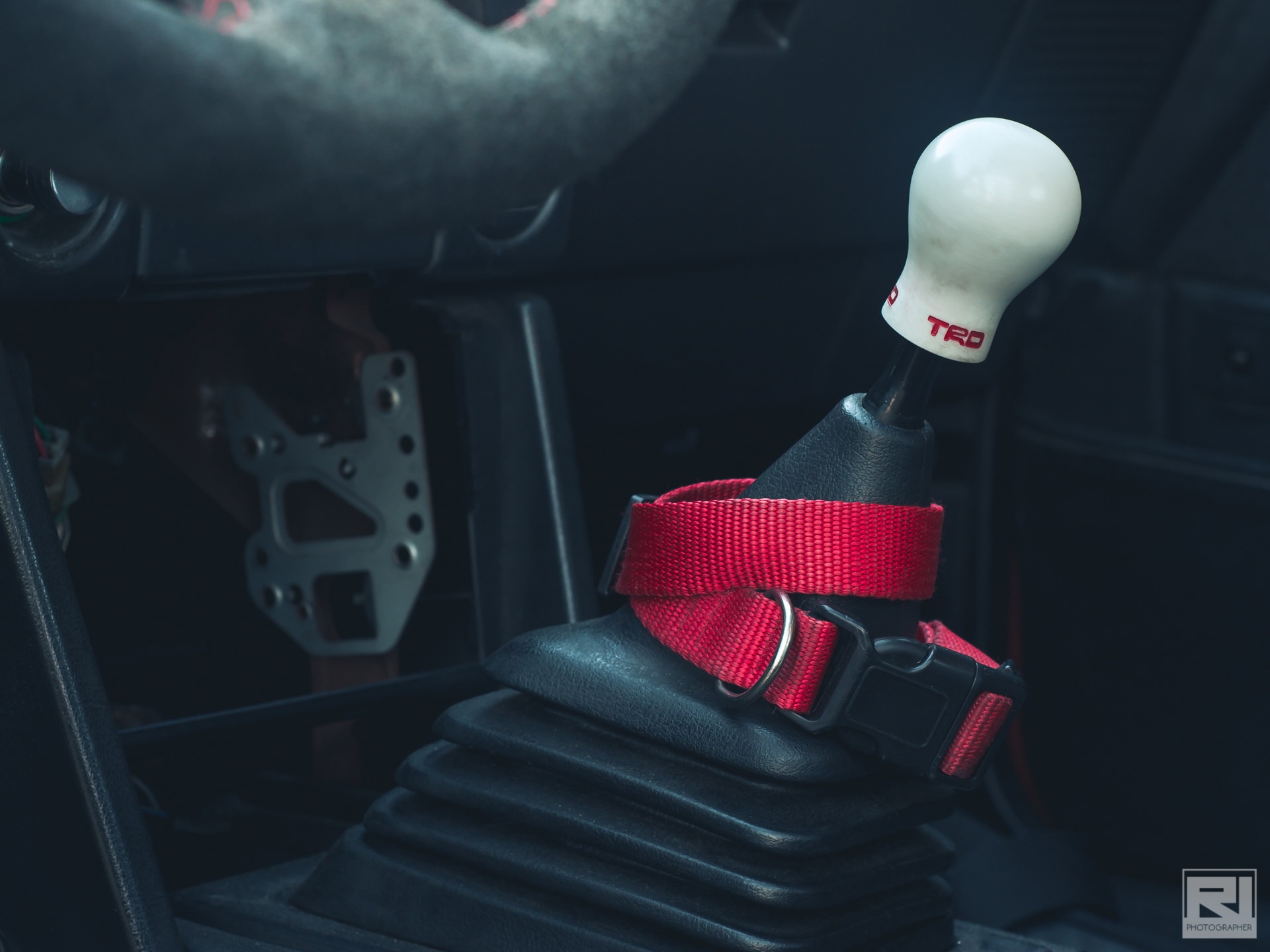 I still went full acrobat and went to the roof of one of the buildings to take the last two pictures, with the Sun out of scene. My idea? Retrowave inspiration. It was the proper moment. The town's noise in the background, the wind... That's why we love Serra da Arrábida, it has a je ne sais quoi of magic at any time of the day or night... It's time to leave, so we entered the AE86 and went out of Bataria.

I was in hope that Ricardo would do the downhill in a slow pace but suddenly he stopped the car and went back to Bataria. He left the car and insisted that I would take the car to Setúbal, doing the downhill. Who knows me, knows that I'm a bit cocky about driving my friends car, because I respect them a lot and have an enormous fear of something going wrong for any reason. But Ricardo insisted a lot and said that we won't leave if I wouldn't drive it. I had to say yes, it might not look like it it, but there was a little effort here... That dissipated quickly.

There was a click right on the start. I believe Ricardo noticed that because he asked me to go faster, no fears. Provided that I would wreck his car, of course! Neither I would want that... So many years passed since I drove a car (4 wheels, given the fact in 2016 I drove a Morgan 3 Wheeler, one of the best driving experiences I ever had) with such an emotional and pure driving like Hachi's. I confess, I expected a nervous car, meaning the rear axle, since as Ricardo said: "It's only a Corolla, that's the fun about it!", but no! This chassis is so neutral and the driving is so direct that we get confident imediately!

After the first turn I began to explore the engine and speeding up, and, I must say, for a 1.6L with 130hp... It's pretty funny! There's something magic in this car after the 4000RPM, the vibrations get more intense, the adrenaline goes way up and the concentration rises. There's an initial impact that becomes a special connection, very natural, I must say. One of the best memories doing the Arrábida's downhill I'll kept, no doubt about it. We calmed down the rythm due to a driving school car (basterds, if I knew it later I'll had driving lessons in Setúbal, they go to Arrábida!) and we went to the farewell point. Even in a slow pace, going through Av. luísa Todi, you can feel a certain pleasure at driving (even has a passenger) in Hachi.
Thanks a lot, Ricardo, for the trust and for the experience you gave me. We'll meet in this blog again, when Hachi is like you want!